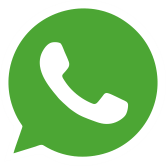 Mehndi is a beautiful form of art created on the skin of females and males. It is usually created on palms of hand and back of hand and feet. It is a temporary skin design and decoration. It was originated in ancient India. Mehndi paste is used to create designs. The paste used is created from powdered leaves of the henna plant. Usually, women apply it on the back of hand and palm and also on feet. Mehndi is also of great significance in performing Bharatanatyam which is a famous classical dance form in India. There are various Mehndi designs like simple, Arabic, wedding, etc. cancer patients also apply Mehndi to decorate their scalps which give a cooling effect. Mehndi has a standard color, that is brown. Mehndi is applied on various occasions like Diwali, karva Chauth, Bhai Dooj, and also on Indian weddings. Brides in Bengal also apply Alta on their feet which is a red dye that is similar to henna.

It is applied to the skin using a plastic cone. After 20 minutes, mud will dry, and begin to crack. During this time, lemon juice and sugar should be applied so that Mehndi will stain darker. The decorated area is wrapped in a tissue that makes the color of Mehndi intense. It can be kept overnight and can be removed in the morning. Initially, when was wash it, we see orange color, and then it darkens through oxidation within 24 hours. It gets reddish brown in 3 weeks. Then it is recommended to moisturize with natural oil, coconut oil, and olive oil.

Mehndi Course in Chandigarh is a vocational course commonly offered as a diploma or short-term certificate course. The course can be pursued irrespective of age, education, and other qualifications. Mehndi designing is widely recognized as a creative profession to train students as mehndi designers/artists.

Why Hairdressing is Important?

Ask Your Wedding Stylist for These Fall Hair Trends

Nothing is more Expensive than a missed Opportunity

your Customized Requirement,
our Course Advisors are there to Serve You.!!

Nothing is more Expensive than a missed Opportunity

your Customized Requirement,
our Course Advisors are there to Serve You.!!